Beyond the Shadows - A Book for Older Teen Boys 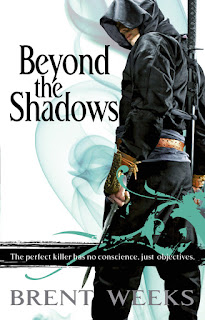 I enjoy a story that twists, turns, and is full of back story mysteries. When there is something that happened in the past that effects the characters in the present it's like the reader is getting to know about a juicy piece of gossip. A tragic story that pulls at the heart strings and finds some kind of solution in a future generation. All families have hidden skeletons, black sheep, and tragedy in the branches and roots of the family tree.

The third and final book in the Night Angel Series find our characters spread out on different trajectories. Kylar is dead to the world, even though the Night Angel is alive to fight for his friends lives and futures. Logan is where he is supposed to be but that doesn't mean he'll be able to stay because there is a new threat and the new God King has something of his that he wants back. Elene is trying to find her charge. Vie is Vie with a huge problem and a desire to change with very little chance of doing so.

Logan Gyre is king of Cenaria, a country under siege, with a threadbare army and little hope. He has one chance — a desperate gamble, but one that could destroy his kingdom.

In the north, the new Godking has a plan. If it comes to fruition, no one will have the power to stop him.

Kylar Stern has no choice. To save his friends-and perhaps his enemies-he must accomplish the impossible: assassinate a goddess.


A book for Older Teen Boys

As with the other two books in the series the adult content makes it inappropriate for younger teens and advanced readers. However, older teens will identify with Kylar's predicament and desires. The threads that were left going different directions start to come together in this book and weave together to tie up in an ending that is bitter sweet. In my opinion the weaves are quite forced and it seems that the author is grasping at straws sometimes to get a thread to meet the ending the author intends. It's an end to a dark story, but not the best book in the series. Still, there is enough mystery and drawing from the histories of older characters and heroes long dead to bring the current character's stories to a conclusion. Sometimes prophesy and the secrets one carries bring challenges that others must face. 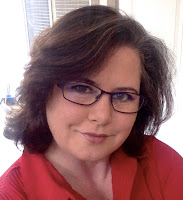 Shannon Peel is the author of THIRTEEN and is currently working on Book 2 in the series about a boy, his mom, a cop, and an invading army. She has brought war to a North American town to answer the question, what if it happened here?
Click to go to her website and find more about THIRTEEN.
Posted by Unknown at 10:58 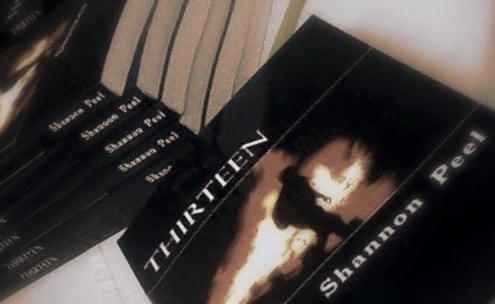